THE Great Bleep Forward on t'BBC! 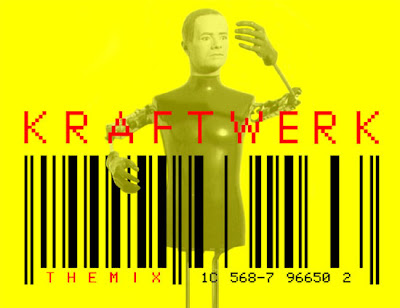 If you're the least bit interested in Electronic music, synths or DRum Machines.....which I'm sure you are or you wouldn't be reading this!!! we have just read about this ace new BBC Radio6 documentary! here's more info about it taken from one of our fave blogs RetroThing

BBC Radio 6 is rebroadcasting The Great Bleep Forward, a four part series from 2004 that looks at the birth of electronic music.

The Beeb blurb says, "The story of modern music is one of subversion and experimentation, of heroes and villains. But what if we've got it all wrong? What if the real subversives didn't wear leather and denim but smart suits and white lab coats? What if the true experimentation wasn't with LSD but with DX7's and S900s? What if the real heroes of music aren't John, and Paul, Mick and Keith, but Ralf, Florian, Robert and Wendy!

The Great Bleep Forward is a series four programmes, presented by Andrew Collins exploring the history of electronic music. Hear the first baby's cry of the moog synthesiser, embrace the difficult childhood of prog rock, grapple with the 'experimental' teenage years of the New Romantics and discover the middle aged maturity and nostalgia of the present day. You'll also get a sense of the sound of the future.

The scope seems a bit broader than the recent BBC 4 Synth Britannia documentary, which focused on a handful of pivotal years in the early 1980s. [thanks, Stuart!]

THANKS TO RETROTHING FOR THIS INFO....CHECK EM OUT THEY ARE ACE!
Posted by machineboy

Shame the programme skips over so many pioneers of the 50's and 60's. All the usual names are trotted out though.

If you want to hear more in depth electronic music history you should check out The Tone Generation. Now in its 15th episode the series explores the pioneers of electronic music.

will def be checkin that out bud! nice one!